The Commandments of God are, most specifically, the Ten Commandments. God spoke them audibly from Sinai in the hearing of a multitude and wrote them with His fingers on tables of stone. The 4th commandment requires us to keep the seventh-day Sabbath.

The faith of Jesus is the faith that Jesus had. This faith made Him give up His life on the cross, trusting that His Father would raise Him from the dead (Heb. 5:7). He sealed His testimony with His blood. The people of God in the last days will be faithful unto death (Rev. 12:11).

The final warning to the world is given in Rev. 14:9-12. It is a warning against receiving the Mark of the Beast. Those who receive the Mark of the Beast will be forever lost. The characteristics of those who will overcome this final test is that they keep the commandments of God and the faith of Jesus

Characteristics of Babylon It should now be clearly established that there are distinct differences between the little flock which continued with Christ into the most holy place, after the passing of time in 1844, and the other churches which rejected the judgement hour message and in consequence, were aptly categorized as Babylon. The fallen churches of Babylon are characterized byRead the rest of this page »

The First Angel When the fullness of time came, God ordained that a message should be proclaimed which would prepare His people for the last phase of Christ’s heavenly ministry on our behalf – the blotting out of sins, also known as the investigative judgement and the cleansing of the heavenly sanctuary. Accordingly, in different lands simultaneously, leading up toRead the rest of this page »


Revelation confirms that God is one, not three

Jesus said: “The first of all the commandments is, Hear, O Israel; The Lord our God is one Lord”.[1]  He said this to a scribe who queried, “Which is the first commandment of all?”.[2]  The scribe responded, “Well, Master, thou hast said the truth: for there is one God; and there is none other but he”.[3]  To this, the DivineRead the rest of this page » 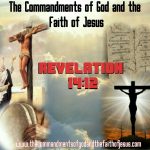 Unity upon the right premises This series was born out of a sincere desire to see unity among believers in the Three Angels’ Messages. After the passing of time in 1844, God raised up a people to do a special work which would prepare His followers to receive the Latter Rain and to hail Christ as their Saviour at HisRead the rest of this page » 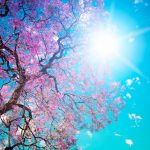 
Righteousness by Faith – Distinguishing the true from the false

There is a popular view that righteousness by faith means that once you accept Christ, you are righteous solely because Jesus lived a righteous life, thus absolving you of any need to resist temptation and live righteously.  This presentation examines the issue of what exactly is righteousness by faith and seeks to distinguish the true concept from false ideas associatedRead the rest of this page »


“Try the spirits whether they are of God”

The Bible says we should not believe every spirit, but we should “try the spirits whether they are of God” (1 John 4:1).  We have been warned that spiritualism will be woven into every form of deception in the last days – “Satan himself is transformed into an angel of light” and “his ministers also” “transformed as the ministers ofRead the rest of this page »


“Thou shalt have no other gods before me”

Christians, Muslims and Jews believe in common that there is one true God.  While they all differ in general beliefs, they are all agreed that this one true God is presented in the Old Testament Torah of the Bible.  The New Testament continues the same concept of the one true God and speaks even more specifically about who this oneRead the rest of this page »

God’s spirit gives you life; it does not make God live in you – “And shall put my spirit in you, and ye shall live” (Eze. 37:14).  God does not need us to live.  God lives independently of us.  God has been and will be, regardless of us.  Further, you are not alive without God’s spirit being in your bodyRead the rest of this page »


The Holy Spirit and Spiritual Gifts

In the Bible, the term Holy Spirit may refer to the gifts of the Spirit or it may refer to the representative of Christ who dispenses the spiritual gifts.  Christ said that He was going away, and He would send the Comforter, who He calls the Holy Ghost (Holy Spirit). “Nevertheless I tell you the truth; It is expedient forRead the rest of this page »


The Holy Spirit and the End Time 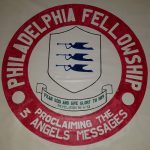 In the Bible, the Holy Spirit is spoken of, both as gifts that are poured out on the believer, and as the Giver of the gifts.  The gifts include power, truth and Godly attributes.  The Giver is ultimately God Himself who gives to Christ and Christ sends the Comforter or an angel to give them to us. “But when theRead the rest of this page »


The Spirits of God, Christ, Angels and Humans

The word spirit or the words translated spirit are used hundreds of times throughout the Bible.  Therefore, there is no lack of scriptural references to assist us in getting a clear understanding of its meanings.  The fundamental challenge that many people overlook, that results in confusion, is the fact that the word spirit is used to refer to several differentRead the rest of this page »


Religious Liberty and the New Covenant

The most fundamental principle of the New Covenant is religious liberty or freedom of conscience.  Under the Old Covenant, God’s Moral Law as contained in the Ten Commandments, along with the Statutes and Judgements that amplified and clarified the finer principles contained in the Law, were administered externally by the Mosaic System.  Under the New Covenant, the Law is written,Read the rest of this page »