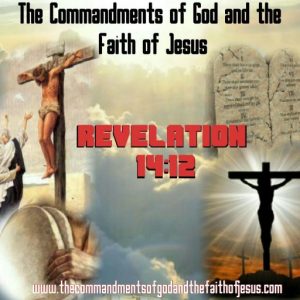 It is very important that the earmarks of Babylon be clearly distinguished from those of God’s little flock.  A failure to do this will almost inevitably result in the establishment of false criteria for the identification of’ God’s denominated people.

With the passing of time, since the pioneers of 1844 fell asleep, a situation has developed whereby the divinely appointed criteria that defines God’s denominated people have, to some extent, been replaced by humanly invented organizational criteria. This is not to minimize the importance of organization. It was revealed by the Holy Spirit that “there must be order and thorough discipline in the church – that organization was essential.” (TM 26)[1]. However, if organization was made everything and given undue pre-eminence, then evil would result.

“Evil does not result because of organization, but because of making organization everything, and vital godliness of little moment. When form and machinery take the pre-eminence, and a laborious task is made of carrying on the work that should be done with simplicity, evil will result,” – White, Ellen G., Fundamentals of Christian Education, p. 253.

A situation has developed whereby many persons have been cast out of the church for no other reason but that they have conscientiously refused to comply with certain organizational directives which attempt to stipulate the precise way they should (or should not) present the gospel. Others who have neither committed open sin nor denied the tenets of the Three Angels’ Messages but have simply expressed conscientious objections to certain actions of the church leadership, have been likewise disfellowshipped. Trends of these sorts had already started to show manifestation even before some of the pioneers fell asleep.

“A strange thing has come into our churches. Men who are placed in positions of responsibility that they may be wise helpers to their fellow workers have come to suppose that they were set as kings and rulers in the churches to say to one brother, do this; to another, do that; and to another, be sure to labor in such and such a way. There have been places where workers have been told that if they did not follow the instructions of these men of responsibility, their pay from the conference would be withheld.” – White, Ellen G., Testimonies to Ministers and Gospel Workers, p. 477.

Divinely inspired warnings were issued against the continuation of such trends.

“If the cords are drawn much tighter, if the rules are made much finer, if men continue to bind their fellow-laborers closer and closer to the commandments of men, many will be stirred by the spirit of God to break every shackle and assert their liberty in Christ Jesus.” – White, Ellen G., Review and Herald, July 23, 1895.

Notwithstanding the inspired councils, such high-handedness and kingly power has continued over the years, in many instances, and hence, the present situation tells for it.  Several groups and factions have been created within the ranks of Seventh-day Adventism, many of which relate to each other and to the parent organization with little more than indifference, and in some cases, virtual hostility. This is totally unacceptable before the Lord.

Though the level of fragmentation that has occurred over the years (and persists) has not been, and is not without cause, God’s will is that all be united. It was never His purpose that the church be fragmented.

The Question of Legitimacy

The basis on which some of these groups came into existence can hardly be questioned. Some of them began and have continued as genuine self-supporting ministries with the sole objective of preaching the gospel.  Others got started because faithful believers in the Three Angels’ Messages were unjustly cast out of the church.  Having been cast out of the church for reasons which cannot be sustained by inspiration and having endeavoured to obtain reconciliation without compromise of principle and being true to their convictions to cooperate with God in spreading the gospel, they could hardly be considered as having erred in organizing themselves to make their efforts more effective in doing the Lord’s work.

Some of these groups, however, have subsequently taken an extreme and unjustified course in deliberately distancing themselves from most other professed Seventh-day Adventist believers. Some have attempted to read themselves into prophecy, claiming that their circumstances were prophesied by the Spirit of Prophecy writings of Ellen G. White in comments made about the Angel of Revelation 18. Others have flatly denounced the parent organization as apostate and classified it as being a part of Babylon.

Such positions are extreme and untenable for several reasons, among which the following might be considered:

“The sins of the world will have reached unto heaven when the law of God is made void; when the Sabbath of the Lord is trampled in the dust, and men are compelled to accept in its stead an institution of the Papacy through the strong hand of the law of the land.  – White, Ellen G., Review and Herald, Nov. 5, 1889.

“The work of this angel comes in at the right time to join in the last great work of the third angel’s message as it swells to a loud cry. And the people of God are thus prepared to stand in the hour of temptation, which they are soon to meet.”

“This message seemed to be an addition to the third message, joining it as the midnight cry joined the second angel’s message in 1844.”

“The angel who unites in the proclamation of the third angel’s message is to lighten the whole earth with his glory. A work of world-wide extent and unwonted power is here foretold.” – White, Ellen G., The Great Controversy, p. 611.

For groups that have taken extreme positions such as those which have been mentioned, the solution lies in simply discarding such views and re-directing the focus of their ministry to reflect objectives which are more consistent with the primary purpose for which the Seventh-day Adventist church was raised up. It is the mission of the church to proclaim the Three Angels’ Messages to the world, pointing them to the law of God which has been made void by the enemy and to the final work of atonement by our great High Priest to blot out our sins.

God’s professed people cannot afford to confuse the issues of their warfare and turn their ammunition against themselves. We cannot now afford to deny our history, because we have nothing to fear for the future except as we forget how God has led us in the past. God has led us step by step and placed us on a “solid, immovable platform” – the Three Angels’ Messages – from which a block should not be moved, nor a pin be stirred (EW 258, 259)[7]. We must ever remember that it is the Sabbath, primarily, around which the final conflict will be centred. The Sabbath is our sign of distinction and this identifies us with God’s denominated people. If we are not faithful to our high calling and profession then we will be sifted out from among God’s remnant people as the “messenger of the covenant” works to “purify the sons of Levi” “for he is like a refiner’s fire” (Mal. 3:2, 3).