Is there any good reason for sin? 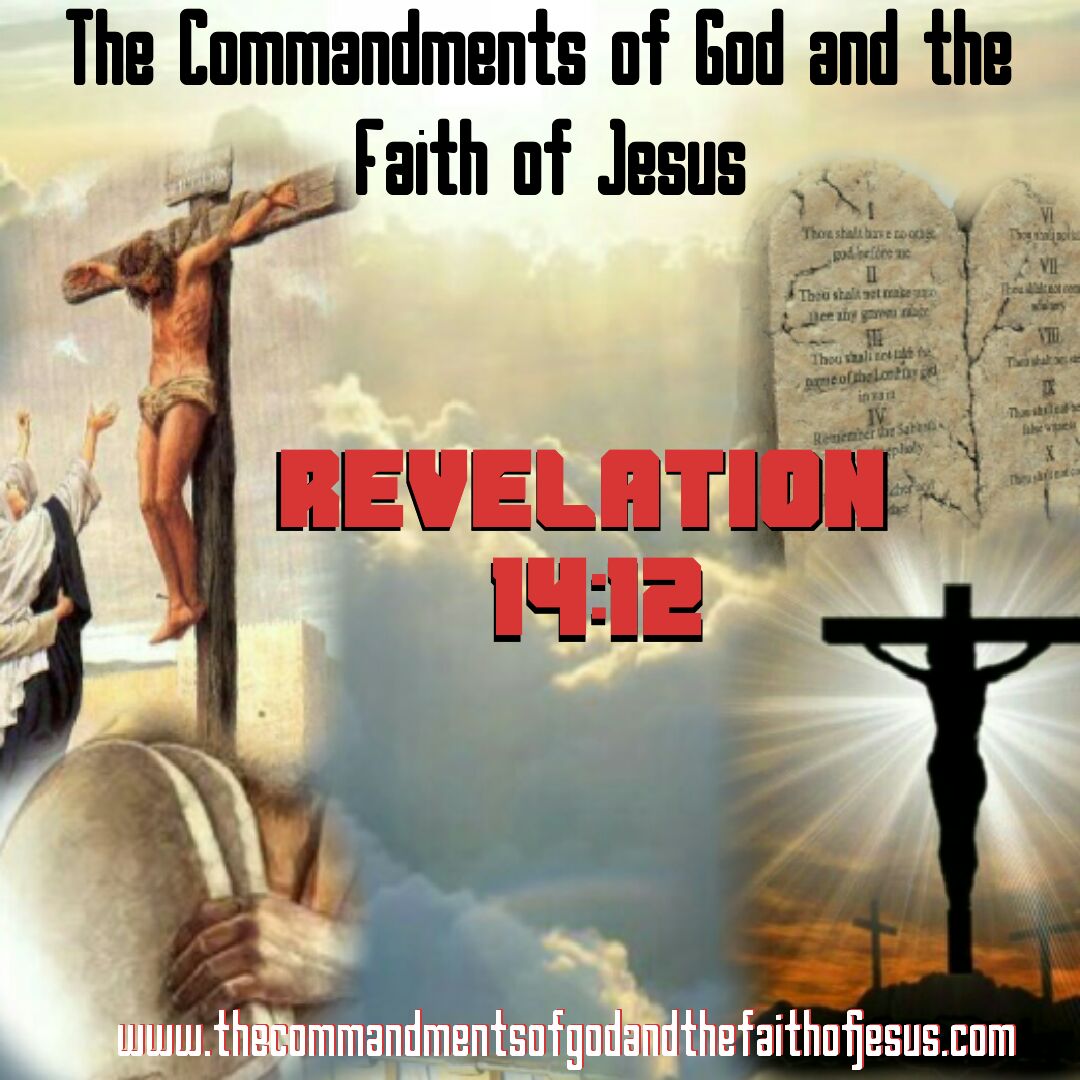 Is there any good reason for sin to have started in the first place and is there any good reason for it to continue?  If we say no, then we need to at least offer some reasonable explanation as to why it has continued.  The general belief among professed Christians is that God does not want sin to continue.  Yet God is also perceived as being almighty, which is understood to mean that God can do anything.  So the big question is why does God seem to tolerate sin for so long if He doesn’t like it and He is powerful enough to stop it?  Could it be that we do not fully understand what sin is and what is required to stop it?  These are the issues that we now seek to consider.

It is a common belief that when the Bible says that we were born in sin and shaped in iniquity, it is saying that sin is wrapped up in our very existence.  So sin will continue just by virtue of the fact that we exist.  But if that is true, and we cannot help but sinning because of who we are and how we were made, then how fair is it to expect us to not sin?  That would appear to be an unreasonable expectation.  But then, we say that Christ has taken away our sins by His death on the cross.  But we still commit sin.  So how is the sin taken away, which is to say that it is gone, but yet it is still here?  Is it that we have a part to play in getting rid of sin, while we are here thinking that it is all left up to God?

We say that Christ has conquered sin at Calvary and all we need to do is to accept the work that has already been done on our behalf.  All over the world, billions of people who claim to be Christians claim to have accepted this work that supposedly has already been done on their behalf, yet hardly any one of them will claim that sin is no longer in them.  In fact they do the very same sinful things that the so-called sinner does.  Quite contrary to such assertions, that all we need to do is to accept that the work of putting away sin has already been done on our behalf by Christ and we are saved, we see Christ himself declaring to people, who claim to have accepted Him, that He never knew them and that they are workers of iniquity! – Matt. 7:21-23.  If we cannot help but work iniquity, can Christ then turn and blame us, even when we are claiming Him and saying, “Lord, Lord”?

We have a part to play

The truth is that we have a part to play in putting away sin.  Christ cannot put away our sin unless we want to get rid of it.  Putting away sin means that we are not only released from the guilt and penalty of past sins but we will no longer live a life of committing sin.  It seems hard to accept as being possible but that is because we think that everything is sin.  Everything is not sin!  This is one of the main fallacies that make people feel hopeless and give up trying to live above sin because they think it is a futile effort.  So they come up with the notion that we need not try.  It is better to think that Christ has done it for us even though we see it not done.

In reality, there is no good reason for sin.  Sin is rebellion against God.  The process of putting away sin involves convincing the universe that there is no reason for sin.  The process involves, first and foremost, discrediting Satan’s excuses for sin – proving that Satan is a liar and that he had no reason to rebel in the first place – hence, there is no reason to follow him.  Calvary provides the argument.  It proves that God is not selfish and that Satan killed the Son of God for no reason.  Secondly, it has to be shown that God’s requirements are reasonable and not in any way onerous or out of reach – that God asks us to do nothing except to love others as we love ourselves and to love and respect him for who He is.  If we love Him, we will keep His commandments “For this is the love of God, that we keep his commandments: and his commandments are not grievous” (1 John 5:3).  In other words we will not sin, as sin is disobeying what God says, that is, transgressing God’s law or His instructions (1 John 3:4).  When we recognize that God loves us, means us well and that He is infinitely wiser than us and know best how to run the universe, we will be motivated to do what He says.

God’s unselfishness is manifested in the fact that He gave up His only begotten Son and bore the anguish of seeing His only begotten Son suffer at the hands of sinners. The Bible says, “He that spared not his own Son, but delivered him up for us all, how shall he not with him also freely give us all things?” (Rom. 8:32).  God’s unselfishness was also manifested in God’s only begotten Son, who is exactly like God in character, being willing to give up His very life.  His Father loves Him even more for doing it.  That is why Jesus said: ““Therefore doth my Father love me, because I lay down my life, that I might take it again.” (John 10:17).  In honour of Jesus willingly giving up His life, His Father not only raised Him from the dead (Gal. 1:1), but has “highly exalted Him” (Phil. 2:9).

If we consider what God asks us to do, without adding anything to it, we will recognize that living without sinning is actually easy.  All the commandments of God are summarized in two simple instructions: love God supremely and love your neighbour as yourself (Matt. 22:37-40).  The Ten Commandments are simply an expanded version of the same concept – the first four commandments briefly describe love to God and the last six commandments describe love to our fellowmen.  If we consider the way in which the commandments are given, God does not ask us to do anything that we can claim that it is beyond us to do.  The commandments simply state the evil that we should not do.   Are we saying that we must murder, dishonour our parents, tell lies on our neighbour, rob people, covet other people’s things, adulterate other men’s seed by going into their wives, can’t refrain from working one day, must worship other gods, blaspheme God and worship graven images?  Oh, we may say it’s not that simple.  But where did we get that from?  Oh, we may say that Jesus said we sin even in our thoughts.  Yes, so do we have to embrace doing any of those things in our hearts?  We don’t have to.  Let no one fool us by complicating what God asks for.

The bottom line is that there is no good reason to sin and we can live without sinning, based on what God says that sin is.  If we complicate the matter and think that everything is sin, we will think that we might as well do evil things because even if we try not to sin, we still can’t please God.  That is a lie from the pit of hell.  That was the thinking of the Scribes and Pharisees, why they accused Jesus of being a sinner.  By their definition, Jesus was not only a sinner, but they went as far as to claim that he had a devil and was the son of Beelzebub, the chief of devils.  And what did He do to justify such accusations?  Did He worship any other God but the Father in heaven?  Did He bow down and worship Satan or any image representing anything? Did He curse God?  Did He work on the Sabbath?  Did He dishonour His mother or Joseph? Did He rob anybody?  Did He take away any man’s wife?  Did He tell lies on anybody or kill anybody?  Did He covet anybody’s things? No, He did not!  He was kind, and went out of His way to help people.  He loved and worshipped God, His Father.  Yet they said He was a sinner.  And now, through the same thinking, people are being told that they cannot stop sinning.

Whether or not we want to accept it, one day human probation will close and God will declare some unjust, some filthy, some righteous and some holy (Rev. 22:11).  It is our decision where we will fall.  Many will be killed – beheaded, because they will not worship the Beast and his Image neither will they receive the Mark of the Beast (Rev. 20:4).  Notwithstanding, a hundred and forty and four thousand people will be found to be without guile and without fault when Jesus Christ returns (Rev. 14:5) because they would have washed their robes and made them white, quite distinct from those who would have died and received white robes (Rev. 7:14; Rev. 6:11).  May the Lord help us to recognize that there is no good reason for sin.

« If you are saved do you need to repent again?
The call and the sifting »