If Jesus, Why not Sanctuary Cleansing? 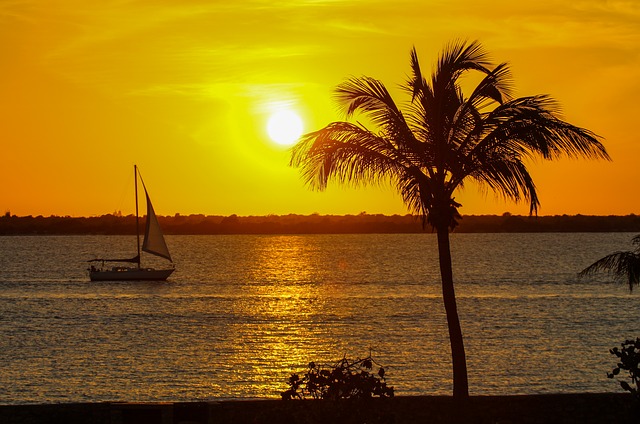 The exact year when Jesus was anointed as the Messiah was foretold by the prophet Daniel – “Know therefore and understand that from the going forth of the commandment to restore and to build Jerusalem unto Messiah the Prince shall be seven weeks and threescore and two weeks” (Dan. 9:25).  That is, seven weeks plus sixty-two weeks, which is sixty-nine (69) weeks.  The command to restore and build Jerusalem was issued in 457 BC by the king Artaxerxes.  This is recorded in Ezra 7:7 as the seventh year of the king, in the fifth month (verse 8).

From that date (457 BC), counting 69 weeks, taking a day for a year, we have 483 years from the decree of Artaxerxes unto Messiah the Prince – that is, 69 weeks times 7 days per week, which equals 483 days, where one day in the prophecy equals one literal year (a principle mentioned in Numbers 13:34).  Did Messiah come at the time predicted?  Yes, He did!

Exactly 483 years from the time that King Artaxerxes issued the decree to rebuild Jerusalem (that is, from the year 457 BC), Jesus Christ was anointed Messiah at His baptism, in the year AD 27.  This prophecy of Daniel is the only prophecy in the Bible that tells the exact time when Messiah would appear, and it was fulfilled just as predicted.

The Bible tells us that Jesus was anointed at His baptism – “How God anointed Jesus of Nazareth with the Holy Ghost and with power: who went about doing good, and healing all that were oppressed of the devil; for God was with him.” (Acts 10:38).  The word Messiah means anointed.  So, Jesus appeared as Messiah at His baptism in AD 27.  Accordingly, He began to preach, saying: “The time is fulfilled, and the kingdom of God is at hand.” (Mark 1:15).  The time being fulfilled was obviously the time spoken of by Daniel the prophet as there is no other time prophecy that identifies the time when Messiah would come.

The rest of the prophecy

But the time of Messiah’s appearance was only a part of Daniel’s prophecy.  The prophecy pointed to Messiah appearing after 69 weeks (obviously, based on a day in the prophecy being equal to a literal year – otherwise, it would not have pointed to Jesus as the Messiah, but by that reckoning, it fits exactly).  So, 69 weeks takes us to Messiah, but Daniel said that something else would happen at the end of 2300 days.  We are told what would happen in the answer to a question that was asked in Dan. 8:13. The question was: “How long shall be the vision concerning the daily [sacrifice], and the transgression of desolation, to give both the sanctuary and the host to be trodden under foot?”  The answer is given as follows: “And he said unto me, Unto two thousand and three hundred days, then shall the sanctuary be cleansed.” (Dan. 8:14).

The angel, Gabriel, was explaining the meaning of a vision to Daniel. Daniel did not fully understand the explanation that was being given and he fainted (Dan. 8:27).  But some time after, the same angel Gabriel that had appeared to Daniel and was explaining the vision to him, but was unable to finish because Daniel fainted, came back to him.  The account says: “Yea, whiles I was speaking in prayer, even the man Gabriel, whom I had seen in the vision at the beginning, being caused to fly swiftly, touched me about the time of the evening oblation.  And he informed me, and talked with me, and said, O Daniel, I am now come forth to give thee skill and understanding.  At the beginning of thy supplications the commandment came forth, and I am come to show thee; for thou art greatly beloved:  therefore, understand the matter, and consider the vision.” (Dan. 9:21-23).

The angel Gabriel picked up from where he left off and started to explain the time period by telling Daniel when it would start.  He said: “Know therefore and understand that from the going forth of the commandment to restore and to build Jerusalem unto Messiah the Prince shall be seven weeks and threescore and two weeks” (Dan. 9:25). 69 weeks is 483 days.  The remaining days to the end of 2300 days would be 2300 minus 483, which gives 1817 days. So, if 483 days (a day being taken as one year) takes us to AD 27, then an additional 1817 days (a day for a year) will be 27 plus 1817, which takes us to 1844.

There is no escaping it.  Daniel’s 2300 days ends in 1844.  This is based on the same prophecy that identified AD 27 as the time when Messiah would arrive.  Jesus Christ, the Messiah, arrived just as Daniel prophesied and Jesus confirmed that Daniel was a prophet. Jesus said, “But when ye shall see the abomination of desolation, spoken of by Daniel the prophet, standing where it ought not, (let him that readeth understand,) then let them that be in Judaea flee to the mountains.” – Mark 13:14. This was a reference to the Roman power that would destroy Jerusalem in the year AD 70.  The same warning is given in Matt. 24:15 and Luke 21:20. In Luke, the warning is given even more explicitly. It says: “when ye shall see Jerusalem compassed with armies, then know that the desolation thereof is nigh.” (Luke 21:20).

Some people confuse themselves with Daniel’s prophecy regarding the “abomination of desolation” by saying that it referred to some obscure Syrian king called Antiochus Epiphanes who lived way back, many centuries before the time of Christ.  But it is obvious that the “abomination of desolation spoken of by Daniel the prophet” was not something of the past when Jesus spoke as Jesus said that it had not happened yet.  It was something in the future to Jesus’s time and people in His time would live to see it.  So, there is no need for any confusion. Now, you will see that this same prophecy that foretold the destruction of Jerusalem also identified the exact time that Messiah would have come, and it also identifies 1844 as the time when the cleansing of the sanctuary would begin.

Since 1844, persons have studied the matter from the Bible and saw that the sanctuary that  would be cleansed was the sanctuary in heaven where Christ ministers. The Bible is clear that Christ is in heaven as “A minister of the sanctuary, and of the true tabernacle, which the Lord pitched, and not man.” (Heb. 8:2). So, one might ask: What is the cleansing of the sanctuary? It is what the Bible calls the blotting out of sins.

Peter preached on the Day of Pentecost and said to the people: “Repent ye therefore, and be converted, that your sins may be blotted out, when the times of refreshing shall come from the presence of the Lord.” (Acts 3:19).  So, at a specific time that was yet future to Peter’s time, that Peter called the times of refreshing, the sins of people who have repented of their sins would be blotted out.  Blotted out from where?  Obviously, the sins would be blotted out from the record in heaven and from the lives of the people. That is what the cleansing of the ancient Israelite sanctuary on earth was all about, which was a representation of the one in heaven. On the Day of Atonement, the record of confessed sins was removed from the sanctuary and there would remain no basis for anyone who had repented of those sins to be reminded of them or be accused. This is fully described in Leviticus 16.

In the cleansing of the earthly sanctuary, which took place on the Day of Atonement, the people were also cleansed – “For on that day shall the priest make an atonement for you, to cleanse you, that ye may be clean from all your sins before the Lord.” (Lev. 16:30).  So, likewise, in the cleansing of the heavenly sanctuary, the repentant sinner is also cleansed.  When you repent and confess your sins to Christ and Christ, as your Advocate and Intercessor, takes up your case, He must convince the angels in heaven in the presence of God, the Father, that you are sincere.  Jesus says: “He that overcometh, the same shall be clothed in white raiment; and I will not blot out his name out of the book of life, but I will confess his name before my Father, and before his angels.” (Rev. 3:5).  From this, a part of the work of cleansing the sanctuary is also purging its records of the names of insincere or fake believers.

So, for example, Peter denied Christ and repented. Judas betrayed Christ and then confessed, “Saying, I have sinned in that I have betrayed the innocent blood.” (Matt. 27:4). Peter was sincere, Judas was not – he was only disappointed because of the consequence of his sin. Both were disciples. Both professed to be followers of Christ. But during the cleansing of the sanctuary, Christ will demonstrate before the Father and the holy angels Peter’s sincerity. The record of Peter’s sin will be blotted out and his name retained in the Book of Life. Judas, on the other hand will have his name blotted out of the Book of Life.

The commandments of God

It was this understanding, since 1844, that led those who embraced the message regarding the cleansing of the sanctuary, to the seventh-day Sabbath.  In calling people to repentance, it became obvious that almost the entire world was breaking one of the commandments of God – the fourth of the Ten Commandments that require us to keep the seventh-day Sabbath. Since then, the Third Angel’s Message of Revelation 14:9-12 has been going out to the world pointing people to the commandments of God and the faith of Jesus and calling people to repentance, especially in relation to the fourth commandment.

So, the question is: If you accept Jesus, what is your basis for rejecting 1844 and the cleansing of the sanctuary? The message of the cleansing of the sanctuary is a message of repentance. It is the same message as that which Jesus preached – “repent ye, and believe the gospel” (Mark 1:15).  It was John the Baptist’s message – “Repent ye: for the kingdom of heaven is at hand” (Matt. 3:2). It was Peter’s message on the Day of Pentecost – “Repent ye therefore, and be converted” (Acts 3:19).

If Jesus, why not 1844 and the sanctuary cleansing – since Jesus points to Daniel and Daniel points to 1844 and the cleansing of the sanctuary?  God raised up a people in 1844 to call the world’s attention to this especially important work. The same prophecy that identified AD 27 as the time when Messiah would arrive also speaks of 2300 prophetic days ending in 1844.  Jesus Christ, the Messiah arrived just as Daniel prophesied and Jesus confirmed that Daniel was a prophet. The question raised is a matter of Bible truth and it is intended for the entire world.

The call is to repent and join in the proclamation of the final message for this time. Will you repent and believe the message for this time so that your sins can be blotted out or will you refuse to repent and have your name blotted out from the Book of Life?  Whether or not we repent, the sanctuary will be cleansed. It is a question of where we will be. In the last days, a command is given to “measure the temple of God, and the altar and them that worship therein. But the court which is without the temple leave out, and measure it not; for it is given unto the Gentiles: and the holy city shall they tread under foot forty and two months.” (Rev. 11:1, 2). Will you be one of the worshippers in God’s temple or will you remain in the outer court with the Gentiles? The choice is yours. Repent and be saved.

How To Get Free Robux Hack Generator

How To Get 8 Robux For Free

Why Do People Want Robux

How U Get Free Cloth But Dont Have Robux Money