Two major threats to the faith 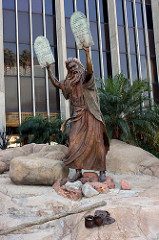 Among the various threats that were faced by the early church, there were two major internal threats to the faith of which warnings were given.  The threats were, false teachers who, on the one hand would unsettle the faith of especially young converts and then, leaders, on the other hand, who would shift the landmarks and cause the entire church to drift away into apostasy.  There has always been much vigilance in looking out for those who would have “crept in unawares” (Jude 1:4) and are described by Jesus as “false prophets, which come to you in sheep’s clothing, but inwardly they are ravening wolves” (Matt. 7:15).  However, there has been less vigilance in looking out for leaders who have apparent legitimacy but gradually influence the church to lose confidence in the pillars of faith that were established by the apostles and pioneers who suffered and died to lay the foundations.  We’ll be focussing briefly on both threats that face us today.

The Apostle Paul warned of false teachers in the following words: “For I know this, that after my departing shall grievous wolves enter in among you, not sparing the flock.” – Acts 20:29.  One of the tell-tale signs of such false teachers was that they led young converts back to the sinful ways that they had forsaken when they came out of the world and into the church.  Speaking of such false teachers, the Apostle Peter indicates that “While they promise them liberty, they themselves are the servants of corruption” (2 Peter 2:19).  He further warned of the outcome for those who are misled by such false teachers.  Peter said: “For if after they have escaped the pollutions of the world through the knowledge of the Lord and Saviour Jesus Christ, they are again entangled therein, and overcome, the latter end is worse with them than the beginning.  For it had been better for them not to have known the way of righteousness, than, after they have known it, to turn from the holy commandment delivered unto them.” – 2 Peter 2:20, 21.

The ultimate danger from false teachers, as Peter said, is that they lead us away from “the holy commandments” (2 Peter 2:21).  This warning echoes the words of Isaiah that: “To the law and to the testimony: if they speak not according to this word, it is because there is no light in them.” – Isa. 8:20.

The Apostle John warned of another threat that would cause the church to drift away from the faith.  This threat came from persons who were considered legitimate leaders but who used their authority to marginalize those who were zealous for the faith that was previously established.  John spoke of one such case.  He said: “I wrote unto the church: but Diotrephes, who loveth to have the preeminence among them, receiveth us not. Wherefore, if I come, I will remember his deeds which he doeth, prating against us with malicious words: and not content therewith, neither doth he himself receive the brethren, and forbiddeth them that would, and casteth them out of the church. – 3 John 9, 10.

Many reformers, especially during the Protestant Reformation, having seen that the church had drifted away from the truth and sought to warn the church, were seen as false teachers and were excommunicated or disfellowshipped from the church, even being put to death in many instances.  The Apostle Paul faced a similar situation when he preached among the Gentiles the message that God gave him.  The Gentiles accepted the truth that Paul preached, “But there rose up certain of the sect of the Pharisees which believed, saying, That it was needful to circumcise them, and to command them to keep the law of Moses.” – Acts 15:5.  The church addressed the matter in a way that sets an example of how differences of views in the church should be resolved.  They convened a Council at Jerusalem with the leaders and the most experienced among them to give the matter a hearing, consider the matter and have the issues resolved (Acts 15:1-32).  At the end of the Jerusalem Council, the church moved on in unity.

In God’s remnant church today, a situation exists where believers, who have been faithful to the foundation principles laid down by the pioneers (which were reflected in the Baptismal Vows to which they indicated their agreement when they accepted the faith), have found their faithfulness being brought into question because at least one landmark has been shifted.

Many believers accepted the faith when the beliefs of the church, as they were written on the then Certificate of Baptism in the 1970s and even later, read as follows:

“The following is a brief summary of the doctrinal beliefs of Seventh-day Adventists, together with some of the Scriptural references upon which they are based:

The first statement on the Baptismal Vows, at the back of the Certificate of Baptism, to which converts were required to indicate their agreement reads:

“1. I believe in God the Father, in His Son Jesus Christ, and in the Holy Spirit.”

The Baptismal Vows have changed and are now expressed in two forms, the extended version of thirteen statements and an alternative version that has three statements, both of which reflect that the concept of God has changed.

The extended version of the Baptismal Vow reads as follows:

The candidate will be required to answer in the affirmative and later sign the Certificate of Baptism and Commitment that reads:

In the past, the concept of God was that God was a personal being, the Father, Jesus Christ was the Son of God and the Holy Spirit was Christ’s representative.  The new concept is that God is a unity, not a person per se but a unity of three.  Notwithstanding the change, there are faithful believers who still hold to the Biblical view of the pioneers, as there is no statement anywhere in the Bible that says God is a unity of three.  The clearest statement in the Bible of who God is, as was reflected on the older Certificate of Baptism, is 1 Cor. 8:5, 6, which reads:

Changing the concept of God is by no means a small change.  Was there an equivalent of a Jerusalem Council where the matter was squarely considered?  The answer is no.  In 1980, the set of twenty-seven Fundamental Beliefs were voted at a General Conference session en bloc, without any indication that there was included in it a different concept of God.  So, many persons were of the belief and many are still of the belief that the concept of God has remained the same.  This is obviously not the case.

A few of the old-timers who are aware of the change and have remained steadfast to “the faith which was once delivered unto the saints” (Jude 1:3) have found that, in order to remain in good fellowship with the main body of believers they have to remain fairly quiet.  This is not to say that they do not seek appropriate opportunities to bring the matter to the attention of the church without causing division.  The church may be well advised to follow the example of the early apostolic church and honestly have a conversation on the matter that allows both the adherents of the faith of the pioneers as well as the proponents of the new position to have a voice.

In the final analysis, the church faces threats from many quarters, some external and some internal.  It may be easy to label persons, who hold a view that is different from that which is popularly held, as false teachers, as was done to the Reformers who gave us the Protestant Reformation, but have we evaluated whether or not the landmarks of truth are being shifted?

« The call and the sifting
Why we should worship Jesus »