Love of religious establishment above truth 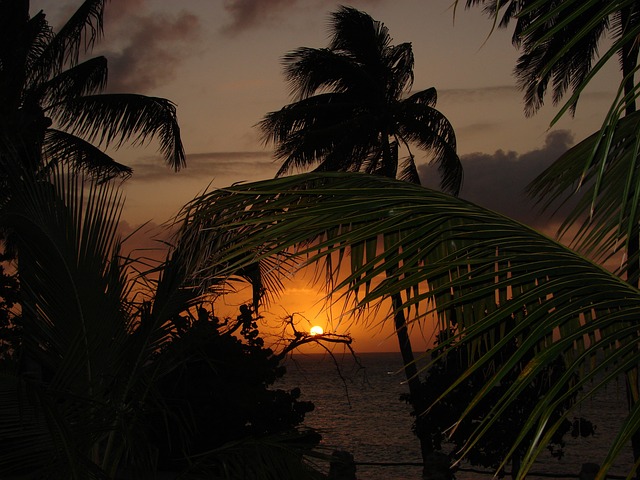 One of the saddest and most awful occurrences in human history occurred nearly two thousand years ago when the Son of God, Jesus Christ, was brutally and mercilessly killed by those who professed to be the chosen people of God. Every well-thinking person would do well to seek an explanation for such an awful paradox, lest ignorance and lack of understanding should break down possible safeguards against the repetition of similar anomalies in their own experience.

An explanation of such an awful paradox can be found in the phenomenon of misplaced affection; and specifically, love of religious establishment above love of truth. On the one hand was Jesus Christ who was the embodiment of truth, righteousness, justice, love and mercy. On the other hand, was Caiaphas, the designated spiritual leader of God’s professed people – the chief representative of the religious establishment. In between were the people, many of whom had seen the righteousness, innocence and blameless life of Christ but were also fully persuaded of the legitimacy of the religious institution to which they were committed.

Sometimes we must choose

What an awful choice for one to be called upon to make. Indeed, it would have been preferable if both were on the same side. But unfortunately, as it was then, so it has been on so many other occasions, not excluding the present, that institutionalized religion is not always aligned with truth. Thus, individuals, at times, are faced with a choice. The decision which prevailed on that fateful day, which culminated in the ignominious death of Christ on Calvary’s cross reveals the little appreciated truth that the majority is not always right.

Some persons, to avoid the unpleasant task of making such choices, make an unspoken rule for themselves that the church is always right. Unfortunately for them, their silence or indifference does constitute a choice which, though proven to be right in some instances, is also proven to be wrong in others. In which case, the individual stands either vindicated or condemned before God.

The lessons of Calvary are many. Calvary should impel religious leaders to be humble, recognizing that truth is not always the preserve of the religious elite. Jesus Christ was rejected largely because of his humble earthly beginnings and continuance. He was not educated in the schools of the rabbis. He did not court the favour of the religious establishment or patronize its leaders. The religious leaders felt that their authority was being bypassed and therefore, sought and succeeded, to some measure, in ridding the world of Him whom they considered to be a threat.

The lesson for the people at large who profess a religious faith is that a religious order, culture or establishment stands justified only when it is aligned with truth. Truth stands pre-eminent and is not always enunciated or embraced within the religious establishment to which one is committed. The choice with which one is faced is sometimes unpleasant, but nevertheless, weighted with eternal consequences.

When religious organizations that represent God find themselves embracing error, they should make the necessary adjustments so that they can stand with greater credibility in advancing their mission and avoid leading their members down the slippery slope of rejection of truth, because no one knows how far it will take them or where it will end.

One very popular error that is based on assumptions, rather than on any clear biblical foundation is the idea that the “one God” of the Bible is a unity of three persons rather than one Person who is supreme. This concept, called the Trinity is not merely that there is Father, Son and Holy Ghost.  The Bible clearly teaches that.  Rather, the Trinity doctrine asserts that the one God of scripture is made up of three persons, Father, Son and Holy Ghost. Some people prefer to use the term Godhead, which is mentioned only three times in the Bible and is never used to mean three-in-one.  But they hold to the same concept as is held by those who use the term Trinity.

Standard definitions of Trinity are as follows:

“Trinity n Christianity the union of three persons, the Father, Son and Holy Spirit, in one God” – Collins Student’s Dictionary.

“(the Trinity) (in Christian belief) the three persons (Father, Son and Holy Spirit) that make up God.” – Little Oxford Dictionary.

“Trinity noun in Christianity, the union of Father, Son and Holy Ghost in one God.” – Chambers English Dictionary.

Based on these definitions, the “one God” of the Bible is not a Person but a unity of three.  According to that view, when the Bible says that there is one God, the one God is really Father, Son and Holy Spirit.  Is this biblical?  And is it important?  Most churches think it is important and hold it as a required belief.  Those who do not hold to that view also consider the matter important because, in their view, the Bible says otherwise.

The Bible says: “For though there be that are called gods, whether in heaven or in earth, (as there be gods many, and lords many,) But to us there is but one God, the Father, of whom are all things” (1 Cor. 8:6). And Jesus said the same, in His prayer to the Father: “And this is life eternal, that they might know thee the only true God, and Jesus Christ, whom thou hast sent.” (John 17:3).  God the Father commanded all to worship Jesus Christ, His only begotten son, in the same way that we worship Him, the Father, but He never told anyone to worship the Holy Spirit.  And worshipping the Holy Spirit is not taught anywhere in the Bible. Are persons, by worshipping and praying to the Holy Spirit, unwittingly breaking the first of the Ten Commandments, “Thou shalt have no other gods before me.” (Ex. 20:3)?

As we reflect on Calvary and on the fact that the chosen people of God were so misled as to crucify the Son of God, preferring rather that the criminal Barabbas be released instead, we should ask ourselves, do we love truth more than we love our religious traditions and establishments?  Most importantly, we should not be dismissive of questions that are raised regarding the legitimacy of any position that we have taken.  The questions that are raised might just be a wake-up call from God for us to get in line with truth.

Posted in Knowing God, Life and Death, Righteousness, Word of God | No Comments »

« Father, Son and Holy Spirit – Do They Make a Trinity?
Jesus Christ, now Mediator, soon to be King »